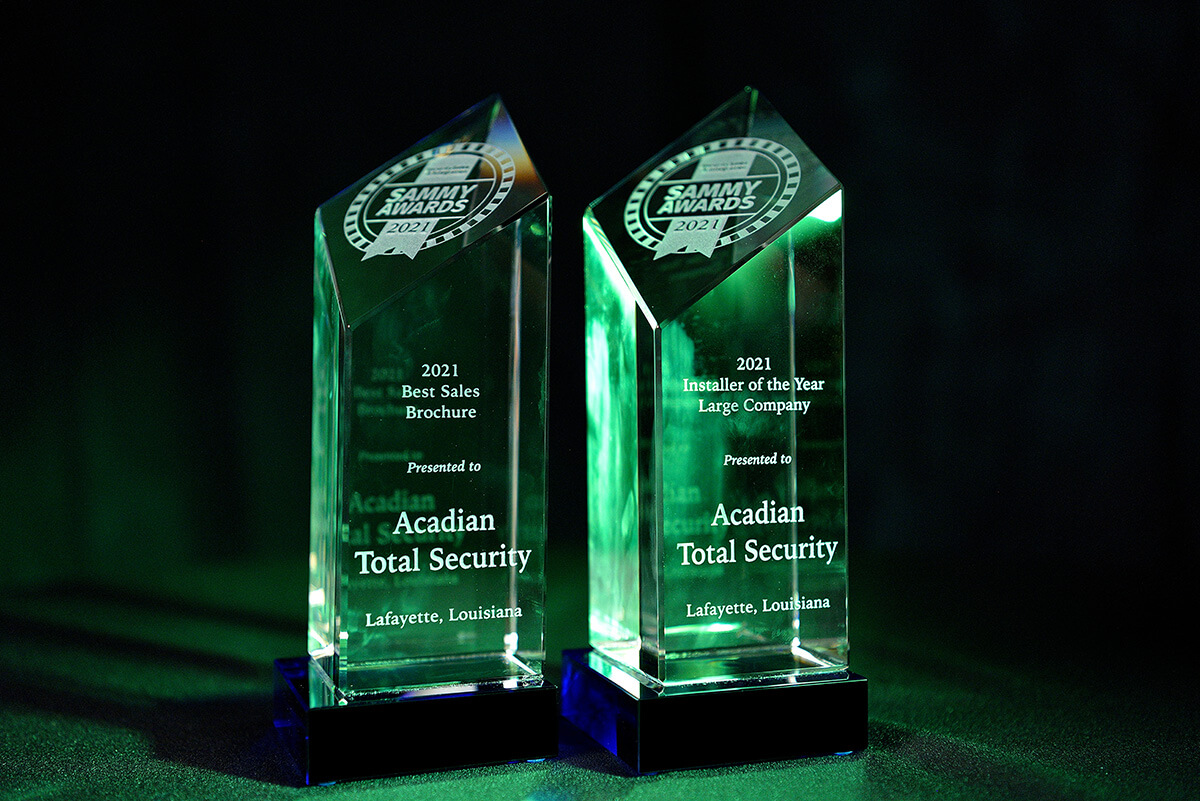 Acadian Total Security placed first in the Best Sales Brochure and Installer of the Year (Large Company) categories. More than 150 entries were judged independently by a panel of industry experts.

Acadian Total Security Senior Director Brandon Niles said, “We’re honored to be named the Large Company Installer of the Year just two years after winning the Midsized Company Installer of the Year award. In that short time period, we beat two of the largest security companies in the world, ADT and Vector Security. Most impressive is that we won this award less than six years after we became a security installation company, which is unprecedented in the security industry.”

“Receiving these prestigious awards from a highly respected industry leader shows that Acadian Total Security is among the elite security providers in the nation,” he continued. “It is a true honor to be seen as the ‘best in the industry’, and it is because of each and every Acadian Total Security employee and their commitment to our mission.”

Acadian Total Security provides innovative and cost-effective security, automation and video services for homes and businesses throughout south Louisiana and commercial security for customers nationwide. They have offices in Lafayette, Houma and Lake Charles, Louisiana and monitoring centers in Lafayette and Baton Rouge, Louisiana and Chicago, Illinois. With more than 40 years of emergency response experience, each of Acadian’s six divisions is centered on the life-safety and security industry.